Albert D. Rylak has been practicing law for over 44 years. He has spent the majority of his time representing private litigants in a broad range of matters with an emphasis on civil and criminal litigation, matrimonial litigation, trusts, and wills.

Throughout his work as an attorney Mr. Rylak has served multiple municipalities. As a Municipal Prosecutor, he has worked in Frenchtown Borough, Alexandria Township, Milford Borough, and Holland Township (1975-2000), Kingwood Township (1988-1990), Lebanon Borough (1990-1991), and Flemington Borough (1997-2000).

Mr. Rylak has also been the attorney for the Clinton Fire Department for over 40 years, as well as the Clinton First Aid and Rescue Squad for eight years. He was the Planning Board Attorney for Franklin Township (1985-1988). Finally, as a volunteer attorney, Mr. Rylak has served the Woodlands Wildlife Refuge.

From 1970 to 1971, Mr. Rylak was a Law Clerk for the United States Federal District Court, Judge Leonard I. Garth.

In addition to practicing law, Mr. Rylak has extensive experience working for his community and the surrounding areas. He has been politically active as a member of the Hunterdon County Republican Committee since 2012 and has been the Clinton Town Councilman since September 2013. In the face of disaster, Mr. Rylak was the facilitator for the N.J. Legal Response Training Program for the September 11, 2001, World Trade Center tragedy.

Mr. Rylak has also taught in his areas of expertise. In the year 2000 he taught a course on Real Estate and in 1998, a course focused on the work of paralegals. He gave both courses as an adjunct professor at Warren County Community College. Also in the vein of education, he served on the Board of Directors of the Hunterdon County Drug Awareness Program in 1988.

His work for his community is also evident in his membership in the Clinton Citizen’s Advisory Committee. This continues in his work as the Hunterdon County Coordinator of Report reforming Family Court from 1984 to 1985, as well as his position as secretary of the Hunterdon County Ethics Committee in 1971.

As a community volunteer, he served as a soccer coach for the North Hunterdon High School girls’ soccer team, from 1984 to 1999, as well as the Hunterdon Youth and Little League soccer teams from 1980 to 1986. He was also a volunteer and attorney in 1978 for the Clinton area FISH, which was incorporated into the Hunterdon County Big Brothers/Sisters Organization. He volunteered additionally as a member of both the Clinton Environmental Council and the Clinton Shade Tree Commission in 1971. 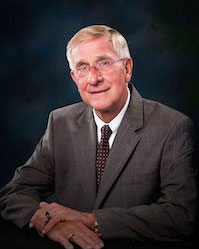